These Are The 7 Things Every Irish Childhood Has In Common. Including Yours!

What defines an Irish childhood? Well according to Twitter it can be boiled down to these 7 things that are common to all generations.

Using the hashtag #GrowingUpIrish, Twitter users across the country reminisced about their youth and what they remember growing up in Ireland. Despite age differences it seems there are some common experiences we all had. See if these 7 sound familiar, they were the most common in the list.

1. Flat 7-UP Is the Ultimate Medicine 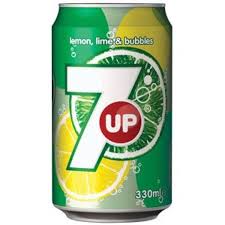 It seems every child in Ireland has been treated with flat 7-UP. This is not recognised by the medical establishment as a medicine. But the fact it is still in use today and that we’re all alive means that researchers should go and investigate. I wonder if 7-UP themselves know about this use?

Yes, it’s the end of the phone call where you say more than you said in the whole call before it. I’m not sure if we just feel we have to have the last word or what, but it seems all phone calls amongst Irish people end the same way. Thank God for texting and other modern communication methods!

3. Fear Of Leaving The Immersion On

Ah yes, the immersion. The one thing you never wanted to do is leave it on. If you did and you were only gone for short time you might suffer only mild anxiety. But there’s no escaping the lifetime trauma of discovering you left it on while you went on holiday!

In most countries school books are covered in a plastic laminate to protect them. In Ireland we use the wallpaper.

I think we don’t really need to go into any detail on this one. It was completely unavoidable even when you spent the day in the shade – and it was cloudy! Plenty of Calamine Lotion was the answer.

6. Spending The Day In The Pub with a Bottle Of Coke and a Pack Of Tayto

Every Irish child was reared at least part of the time in a pub. And what fonder memories do we have but of those times as we hung out with our friends drinking Coke through a straw and eating the Taytos (or King Crisps).

Since the time when we had only one channel right up to our thousands today there has always been one show that gets children and adults alike excited. All children get to stay up late and many a Christmas present is decided based on what we see here. Oh and the Billy Barry Kids have a monopoly on the whole thing!

So there we have it. Something all generations have in common. Of course there were other memories as well, often age-dependent. But these are the ones that seem to be common to everyone. Are there any that were missed?